My name is Clayton I am very popular
I'm 20 years old I born October 2, 1994 in Houston,Tx
I like to play basketball also riding a horse

Cheaper by the dozen
Drawing
Any music


Pretty Little Liars (often abbreviated to PLL) is an American teen drama mystery–thriller television series loosely based on the popular book series of the same title, written by Sara Shepard. The show premiered on June 8, 2010 on ABC Family.[1] After an initial order of 10 episodes on June 28, 2010, ABC Family ordered an additional 12 episodes for season one.[2] These episodes began airing on January 3, 2011 and ended on March 21, 2011.[3] The ratings success of the first 10 episodes prompted the book series to be extended beyond the initial eight novels.[4]

On March 26, 2013, ABC Family announced that a spin-off, Ravenswood, would air in October 2013.[5][6] The spin-off show aired ten episodes before being canceled. On June 10th 2014, Pretty Little Liars was renewed for its sixth and seventh seasons.[7] In November 2014, actress Lucy Hale confirmed the seventh season will be the final season in the series.[8]


The Lion King is a 1994 American animated musical film produced by Walt Disney Feature Animation and released by Walt Disney Pictures. It is the 32nd animated feature in the Walt Disney Animated Classics series. The story takes place in a kingdom of lions in Africa, and was influenced by the biblical tales of Joseph and Moses and William Shakespeare's play, Hamlet. The film was produced during a period known as the Disney Renaissance. The Lion King was directed by Roger Allers and Rob Minkoff, produced by Don Hahn, and has a screenplay credited to Irene Mecchi, Jonathan Roberts and Linda Woolverton. Its songs were written by composer Elton John and lyricist Tim Rice, with an original score by Hans Zimmer. The film features an ensemble voice cast that includes Matthew Broderick, James Earl Jones, Jeremy Irons, Jonathan Taylor Thomas, Moira Kelly, Nathan Lane, Ernie Sabella, Rowan Atkinson, Robert Guillaume, Madge Sinclair, Whoopi Goldberg, Cheech Marin, and Jim Cummings.


Fox in Socks is a children's book by Dr. Seuss, first published in 1965. It features two main characters, Fox and Knox, who speak almost entirely in densely rhyming tongue-twisters. Wikipedia

clayton jungle voted for an image

2 weeks, 3 days ago
clayton jungle voted for an image

3 weeks, 2 days ago
clayton jungle voted for an image

2 months, 1 week ago
clayton jungle voted for an image

Leader Vladimir
Posted: 11 months, 1 week ago at Jun 18 22:01
Thanks for voting for The Power of Blake Lively! Have a nice day!

My name is Jonathan Demme, am from France i will brief you more once i hear from you as soon as possible i will like to discuss with you email me to [Link removed - login to see]
With Regards

Would you mind going back to one of my lists and provide your 10 favorite movies?

To do so, you just need to use the link here underneath:

I'm currently working on a new project and maybe you could help me out.

You just need to click on the link underneath and provide your 10 favorite movies.

jordanwiles94
Posted: 1 year, 3 months ago at Feb 5 4:18
Thank you for the votes of WWE SmackDown Poster! 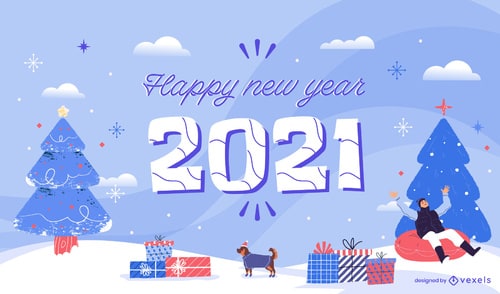 TrekMedic
Posted: 1 year, 9 months ago at Aug 13 4:52
Thanks for the Hailey Clauson pic votes!